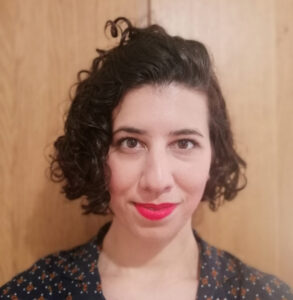 Q. Did you come from a very musical family background, or have much experience of singing as a child?
A. My mum and dad always loved music but neither of them got the chance to learn an instrument growing up, so they were very keen that me and my siblings did! In the end, I chose singing as my ‘instrument’ had lessons all the way until I was 18. At first, I wanted to be a pop singer but I soon learned to love classical music.

Q. You did lots of fun things, other than music, while at Oxford University. What made you come back to singing?
A. I studied classics and wanted to try new things while I was at university. So I did mainly sport and drama outside of my degree until my final year, when I became friends with a group of girls through a play we were all in. Joining a choir came up in conversation as something we had all been meaning to do but not got round to, so we decided to join one together. One of the girls was at Jesus College, which had a non-auditioning chapel choir, so we all joined that!

Q. Were you at all religious then, given the sort of music you were singing?
A. No, I’ve never been religious, and I’d never sung any sacred music or been in a choir at the point that I joined. I think that was what drew me in really, to try something new, but I ended up loving it. I still have a real soft spot for sacred music and chamber music as a result.

Q. So, after you left Oxford, you moved to London. Did you keep singing?
A. I wanted to keep up my singing when I moved back to London, and now that I had a bit of choral experience I thought a choir would be a good way to do that. But I struggled for a while to find the right thing. I didn’t want to join a church choir. (I wanted my weekends back!) But the local choir I joined was a little bit basic, and I wanted something more challenging where I could keep improving. That’s when I joined the LSC!

Q. What did you know about the London Symphony Chorus before you auditioned?
A. Not really anything! It was recommended to me by a friend of my mum’s who is a conductor, so I Googled it. I had no idea this whole world of amateur choruses existed. I was worried they would ask me to sight-sing in the audition, but it was much more focused on musicality, as it should be. We don’t ask anyone to sight-sing in auditions now.

Still, now, I’ve never heard of most of the music that we sing until I start learning it. I’d never heard of Mahler before and the closest I’ve got to being familiar with a piece was recognising the main tune from Beethoven 9.

Q. You’re now working in a demanding central government role as a senior civil servant. How do you find time to keep singing?
A. The civil service is a great employer who believes in flexible working, so I’ve made a lot of use of that! And every time I ask to leave early for a choir commitment I find another choral singer. My manager, her manager…so they’re all very understanding and supportive, especially when I say it’s the LSC.

Also, you can always persuade yourself there’s more work you need to do, and the choir gives me a great discipline to say  “ok, that’s it, I have to get to choir” especially because I know Simon Halsey will give me the evil eye if I walk in late…

Q. Is there one single thing you’d point to as a highlight so far in your time with the LSC?
A. It has to be singing Beethoven in the Elbphilharmonie concert hall in Hamburg. The building is incredible and it was packed full – more than 2000 people there to see us. I remember walking offstage and turning to the person next to me and saying ‘that’s going to be the highlight of my year’ – and that was February 2020, just before lockdown. So I was right!