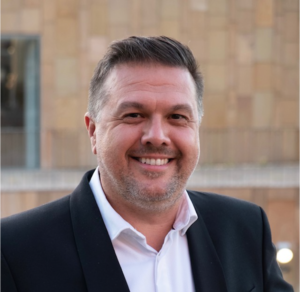 Q. You come from a very musical family. Your dad, Roy Wales, was a well-known choral conductor. How much did he encourage you to get into singing?
A. We emigrated to Brisbane in Australia when I was 8 years old. I was lucky to start singing in holiday music camps arranged by my father as part of his job. When we returned to England, even though I was a slightly reluctant teenager, he persuaded me to join his adult choir (English Concert Singers) and I’ve been part of it ever since.

Q. Were there others who also encouraged you?
A. I had a fantastic music teacher called Jim Dowling at primary school, he created lots of performing groups, including a choir, and entered us into competitions. He also persuaded me to take the lead in a school production of “Oliver”. I was also lucky to sing in a children’s chorus in professional productions in Brisbane, including the Bernstein Mass and Bizet’s Carmen.

Q. You studied English at Lancaster University, conducted the university choir and played cello, piano and sax at various stages. When you graduated, you got a job in London. What drew you into joining for LSC at that point in your life?
A. I was grateful to my parents for all the musical experiences they created for me but I wanted to be part of a big chorus and make my own friends. I had just arrived in London, age 21, and joining LSC was an exciting new challenge. I felt a bit scared to be joining all these very experienced singers but I was made to feel very welcome.

Q. You pursued a career in arts administration, including landing a job with the LSO managing their tours and concerts, then you studied for an MBA in the evenings. How did the MBA affect your singing commitment?
A. Unfortunately the intensive evening MBA put paid to my chorus membership first time around, I just couldn’t manage two nights a week of each, on top of also working for the LSO management team which involved lots of evenings and weekends. Sadly I left LSC in 2000, and I didn’t sing with a chorus again for many years. I moved to Birmingham for a few years but didn’t have time to join the CBSO Chorus. Those were my chorus wilderness years.

Q. Fast forward 16 years and you found yourself singing with the LSC again. How did that happen? And what’s it like to be back again?
A. I now live in Aylesbury in Buckinghamshire, the tenor section organiser (Robert Ward) contacted me to ask if I might be available to join a performance of Beethoven Symphony No 9 from memory as they needed some extra singers. I said yes, and I enjoyed it so much that I ended up auditioning to re-join!

Q. Did you need to have lessons before you joined?
A. After 16 years, I found that my voice wasn’t used to the regular choral singing and I was straining a bit. LSC offered me some short vocal training sessions with a specialist. These were incredibly helpful, I ended up having some additional lessons and now I think I’m singing better than ever. I think singing lessons are useful at any stage of life.

Q. What would you advise anyone who’s thinking of joining, but is worried how they’ll balance all the rehearsals with a busy career?
A. When I joined LSC straight out of university, I would never have guessed that I would still be involved nearly 30 years later. Some people join for a year, some stay for decades, some like me leave and then come back, depending on their life situation. I have made life-long friends and had musical experiences I will never forget, so I would really recommend it to anyone. Sometimes it can feel like a juggling act to manage the rehearsals at the end of a busy working day, but I love the discipline and creative intensity of rehearsals and I always feel better for it, even if it means a long day.